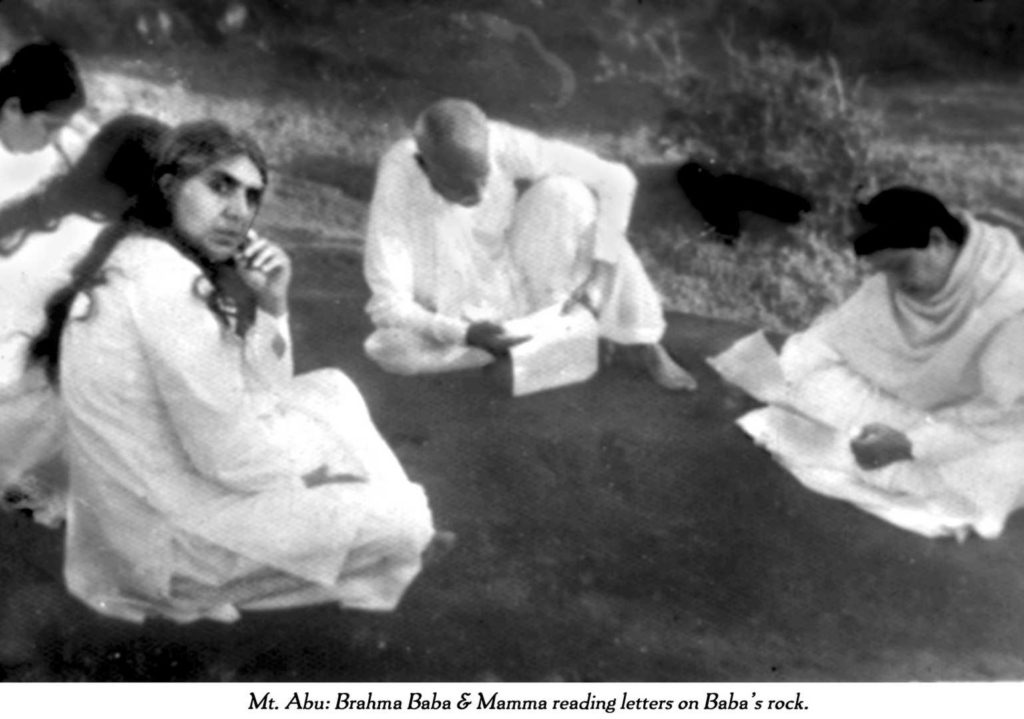 Brahma – The Apostle of God

Dada Lekharaj was born in a village in Sindh Hyderabad, now Pakistan. He had a spiritual bent of mind. Due to his hard work and dedication, he rose to become a diamond merchant. His business was located in Calcutta. However, it extended to Mumbai, Nepal, and many other places. He was married and had five children.

When he was 60 years old, he started getting visions. He saw the old world being destroyed in natural calamities, civil wars, and world wars. This created a lot of disinterest in him towards worldly activities.

He then had visions of tiny stars descending on earth and becoming divine beings (deities).

He also had the vision of The Supreme Light. He was then told that he needs to establish the new world and the deity religion – Adi Sanathan Devi Devta Dharam.

These visions and experiences. left him confused. He used to sit by the bank of the river Ganga and ponder over life. It was then that he was enlightened. He got the knowledge that human beings are souls – points of divine light. It’s the life force, which gives life to the body. All activities are done by this divine point of light. The body is just a medium.

When the body becomes old the soul leaves it and takes another body. This world is a huge drama stage where the soul continues to take new bodies. All the souls, irrespective of their religion or caste are spiritual energies. Souls are immortal.

He was told that the current period is the end of the Iron Age. The old world will perish due to the sinful acts by people. At the same time, a new world of deities will emerge.

As he was enlightened and was given the spiritual name Prajapita Brahma.

The Supreme Father started speaking to humanity through him. God revealed that He’s incorporeal self-effulgent light. He never comes in the cycle of birth and death. He descends in the body of Prajapita Brahma in the Confluence Age which is the period of transition from the Iron Age to the Golden Age. He does this for world transformation. He reveals the secret of creator and creation. The home of all souls and the Supreme Soul is Paramdham-Incorporeal World which is beyond the sun, moon, stars, and galaxies.

The Revelation of God:

The Supreme Father started descending in the body of Brahma in 1936. He proclaims that He descends once in 5000 years for establishing peace, purity, and prosperity on earth. The time cycle has 4 parts, Golden, Silver, Copper, and Iron Ages. Once it’s completed again it repeats identically. He announces that He descends to establish the Adi Sanathan deity religion, through Brahma.

Adi Sanathan Dharma, the first religion on earth is based on spiritual education. This education is open to everyone. It is universal education therefore He has established a Vishwa Vidyalaya – World University. He opens many study centers in all continents of the world to educate souls. His daily sermons from Mount Abu, Rajasthan are taught at these various centers. He is teaching the souls self-mastery. This will make them fully righteous and completely viceless. They will become flawless in all respects. When souls come in contact with God, they become the children of Brahma also. Therefore they are known as Brahma Kumars and Brahma Kumaris.

When He establishes this religion, He also establishes the deity kingdom. This religion and kingdom remain intact for 2500 years. The souls who once belonged to the Deity religion lost their righteousness. They then started calling themselves Hindus. He also takes His children back home to His abode Paramdham. 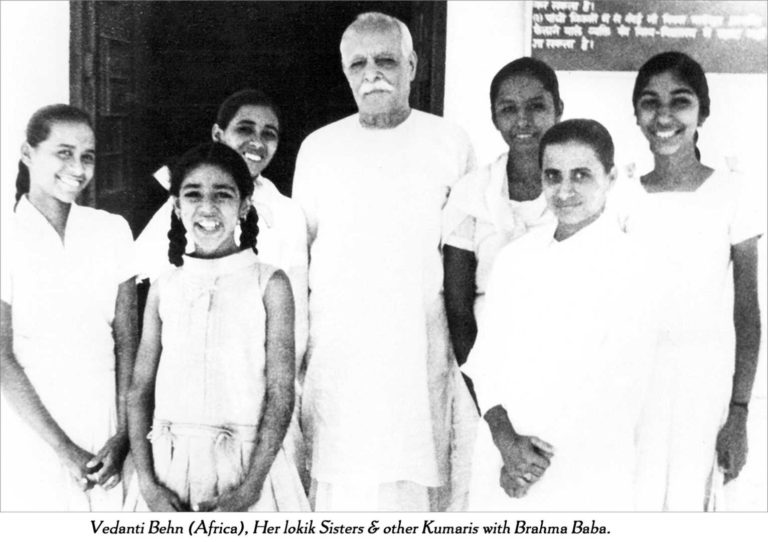 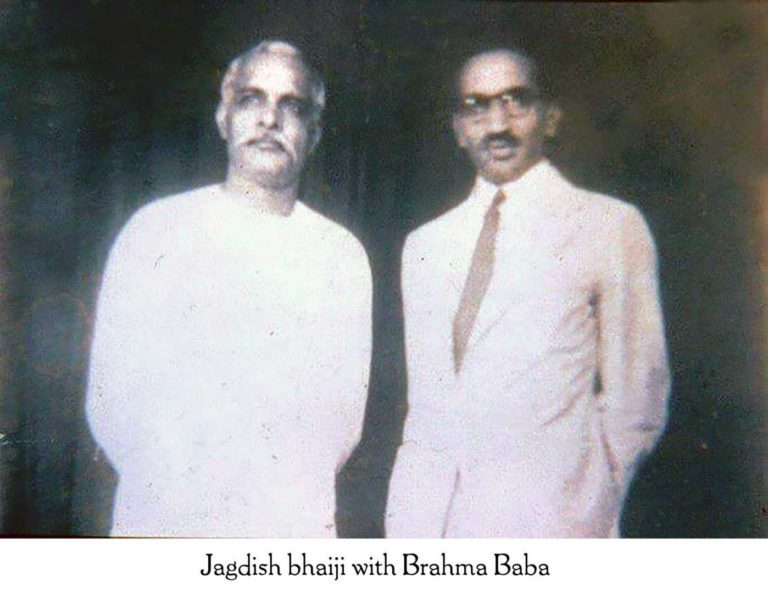 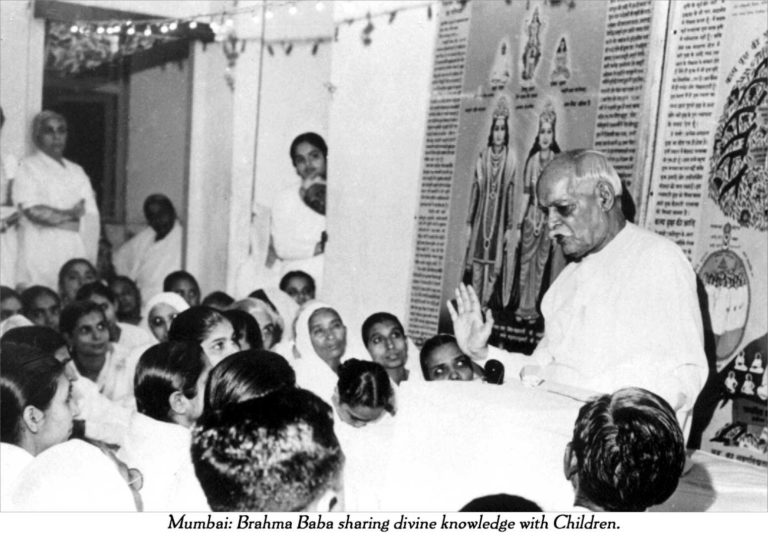 The Highest Education in the World

Whilst in Karachi, Brahma Baba taught knowledge to the growing family of children, teaching through example as much as through precept. And with the power of meditation (yoga), the souls 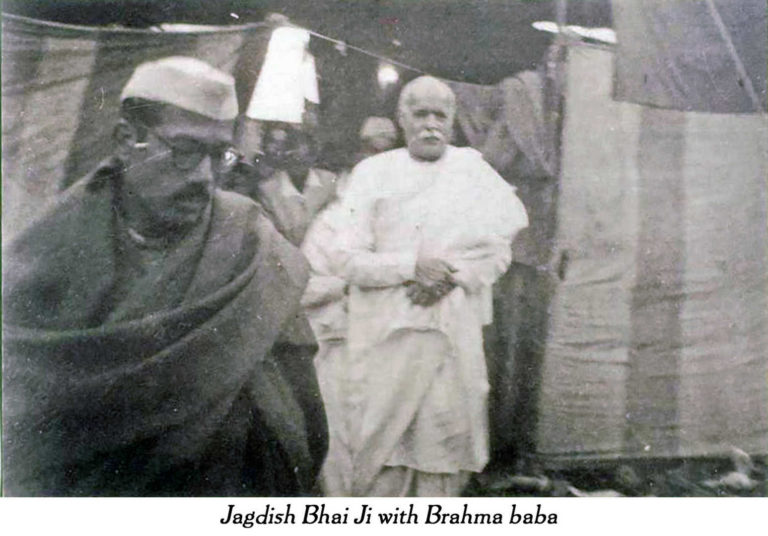