The Honorable President of India, Smt Droupadi Murmu graced the launch of the National Campaign on “RISE-Rising India through Spiritual Empowerment”, organized by Brahma Kumaris at Diamond Hall in Shantivan today (January 3, 2023).
The hall was packed by members of Brahma Kumaris family from different states of India. Many senior members including BK Munni, Joint Chief of Brahma Kumaris, BK Mruthyunjaya, Executive Secretary of Brahma Kumaris, BK Brij Mohan, Additional Secretary General of Brahma Kumaris, BK Karuna, Multi Media Head of Brahma Kumaris, BK Sushma from Jaipur were present on the stage. The President was accompanied by B. D. Kalla, Minister of Sanskrit Education, Government of Rajasthan. The event started with the National Anthem and there was a beautiful candle lighting ceremony as well.
Honorable President Smt Droupadi Murmu said that she was very fortunate to be here. Inaugurating RISE Campaign is a matter of honor for her.
Addressing the gathering, the President said that she had a deep connection with the Brahma Kumaris and it will continue to remain so. She learnt the method of Raja Yoga from Brahma Kumaris which gave importance to inner spiritual power rather than external physical conveniences and events. This infused light and enthusiasm into her life at a time when she was feeling darkness around and lacked hope.
Peace is a fundamental requirement of man like food and water. Brahma Kumaris are working to establish lasting peace in the world today. The President said that it is a matter of pride that, for the past nearly 80 years, the Brahma Kumaris are making invaluable contributions towards spiritual progress, inner transformation of personality and revitalization of the world community. Through the spirit of service based on peace, non-violence and love, this organization has made significant contributions in many fields like holistic education, rural development, health, women empowerment, disaster management, welfare of divyangjans(differently abled) and orphans and environment protection. She appreciated Brahma Kumaris for these noble works.
The President noted that the Brahma Kumaris organization is running about 5000 meditation centers in 137 countries. She said that women play leading roles in this organization assisted by the spiritual brothers. This is the largest spiritual organization run by women which proves that, given the opportunity, women can do work at par with men, or perhaps even better.
She expressed happiness that Brahma Kumaris organization has played an active role in the empowerment of women. The BK sisters tie rakhi to all and bind them in divine love and brotherhood. Brahma Baba believed that the overall development of the world lies in the spiritual, social and intellectual empowerment of women. She said that with this thinking Brahma Baba gave leading roles to women and today’s world-community needs more of similar thinking and she bows to him.

The President said that spirituality is the guiding light which can show the right path to the entire humanity. Our country has to use both science and spirituality for world peace. Our aim is that India should become a knowledge super power. It is our aspiration that this knowledge should be used for sustainable development. for social harmony, for the upliftment of women and downtrodden sections, for the proper use of the energy of the youth and for the establishment of everlasting peace in the world. The President said that today we are facing an existential threat due to climate change. Conservation of the environment is also a kind of spiritual empowerment because a clean and healthy environment gives us peace. This interrelationship of environment and spirituality is not a new thing for us. We have been worshiping trees, mountains and rivers for centuries. To bring peace in our life, we must protect the environment.
The President said that in this era of uncertainty, along with safeguarding its national interests. India is also playing the role of a harbinger of peace in the world. According to its culture and tradition. our country is active in building a world order based on spirituality and morality. She expressed confidence that the RISE’ campaign would contribute in making India a leading nation by spiritually empowering its people and supporting the welfare of the entire humanity.
RISE Campaign aims to empower Bharat through spirituality. It is her firm belief that spirituality can lead to a better society and inclusive human beings. She wished this project success and hoped that it will lead to a Golden Bharat. BK Mruthyunjaya, Executive Secretary of Brahma Kumaris, gave the welcome speech and explained the aim of RISE Campaign. He said that Bharat has been the land of saints with much prosperity. But today. we see many social evils like poverty, crime and illness around us. With RISE. Brahma Kumaris aim to make Bharat great again through spirituality, in the next 25 years. This initiative is being launched on the 75th year of independence with Azadi ka Amrit Mahotsav Project of Brahma Kumaris.
Rajyogini BK Sushma, Director of Brahma Kumaris in Jaipur. held a Rajyoga Meditation session with commentary for the audience and the distinguished guests. BK Brij Mohan, Additional Secretary General of Brahma Kumaris, while welcoming the president, said that empowering the character of man is key to empowering the nation. Respect for women is the yardstick to judge any society. The upliftment of World is dependent on Bharat. Through RISE. Brahma Kumaris aims to fulfill this purpose of elevating men to Divine status through spirituality. It is a matter of pride that Honorable President. who is incidentally named Draupadi, after the historical character of Mahabharat. who fought for the respect of women, has been given this responsibility at a time when Bharat is striving to be great again. He urged her to do something within the government for this aim to become a reality soon. Her Excellency, Droupadi Murmu also virtually inaugurated the Brahma Kumaris Silence Retreat Centre, Secunderabad. Telangana and laid the foundation stone for Brahma Kumaris Auditorium and Spiritual Art Gallery at Indore, Madhya Pradesh. She wished that these places will prove beneficial for people of the area and lead to their spiritual progress.
Honorable President was felicitated with a shawl, momento, turban and garland by BK Munni, Joint Chief of Brahma Kumaris and BK Mruthyunjaya, Executive Secretary of Brahma Kumaris during the event.
The President also visited the memorial of Dadi Hridayamohini, Former Chief of Brahma Kumaris, called Avyakt Lok. and offered her tribute.

During her two day tour to Rajasthan, Her Excellency Draupadi Murmu, President of India stayed in Gyansarovar and visited Pandav Bhawan, Brahma Kumaris Headquarters in Mount Abu.
Honorable President Draupadi Murmu woke up at Brahmamuhurta at 3.30 am today at the Gyan Sarovar Academy and meditated till around 4.30 am. Later she attended a spiritual satsang(murli class) held in the auditorium.
Addressing the holy BK gathering as Indra Sabha (Court of Deity Indra), she said, “I feel that God helps me in times of difficulties. In times of ups and downs in life, God never let us feel weak. Today’s morning started with daily meditation as before.”
She remembered her days from the past when she visited Brahma Kumaris center to practice Rajayoga Meditation. She said that whatever I am doing today, God Shiva(Supreme Father, Supreme soul) is making me do. During her stay, the President gave special preference to meditation, solitude and sattvic food.
Later, President Murmu reached the Pandav Bhawan premises where she went to four piligrimage places(char dham). She meditated on God Shiva in Baba’s Room and Baba’s Hut, offered floral tributes at Shanti Stambh(Tower of Peace), the memorial of Brahma Baba -Founding father of Brahma Kumaris. She then moved to History Hall, and heard about the life story and divine personality of Brahma Baba, with great interest.
She then returned to Gyan Sarovar and gave the message of environmental protection by planting saplings. Executive Secretary BK Mruthyunjaya shared with her information about the Kalpataru campaign.
BK Dr. Nirmala, Director of Gyan Sarovar and Joint Chief of Brahma Kumaris, BK Shashi, Joint Chief of Brahma Kumaris. BK Sheilu. Senior Rajayoga Teacher were also present.

RISE is a step towards spiritual  empowerment of Indian nationals through which the dream of Golden India will be fulfilled.

Brahma Kumaris belives that Self Transformation leads to world transformation. The journey of a million transformation will create a Domino’s effect and will lead to rebuilding of the nation.

5000+ CENTRES & Each centre will prepare 200 citizens for nation rebuilding at levels : A range of lectures, workshops, short courses, youth camps and fests will be conducted nationwide to create awareness and transformation among youth. We will also work in collaboration on a variety of projects that provide opportunities for youngsters to participate in activities of social and humanitarian concern.

A range of lectures, workshops, short courses, youth camps and fests will be conducted nationwide to create awareness and transformation among youth. We will also work in collaboration on a variety of projects that provide opportunities for youngsters to participate in activities of social and humanitarian concern. 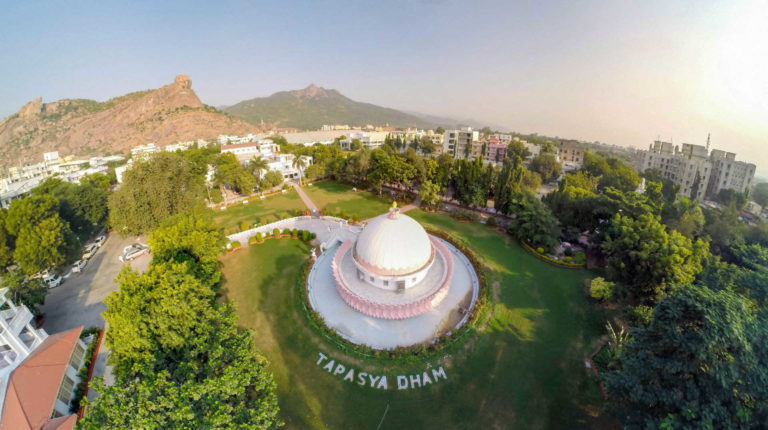 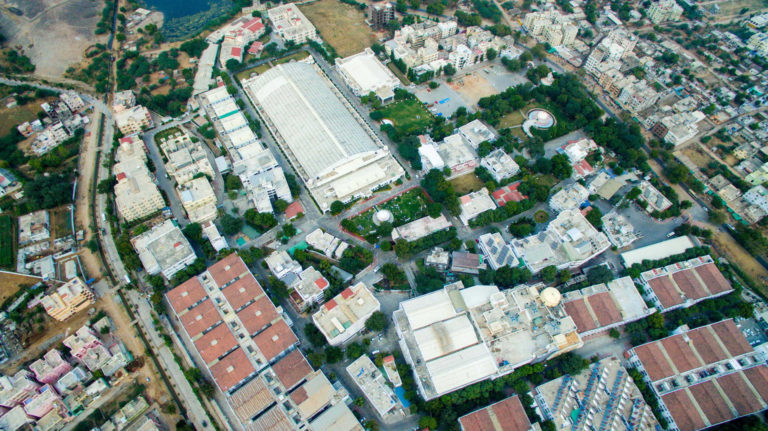 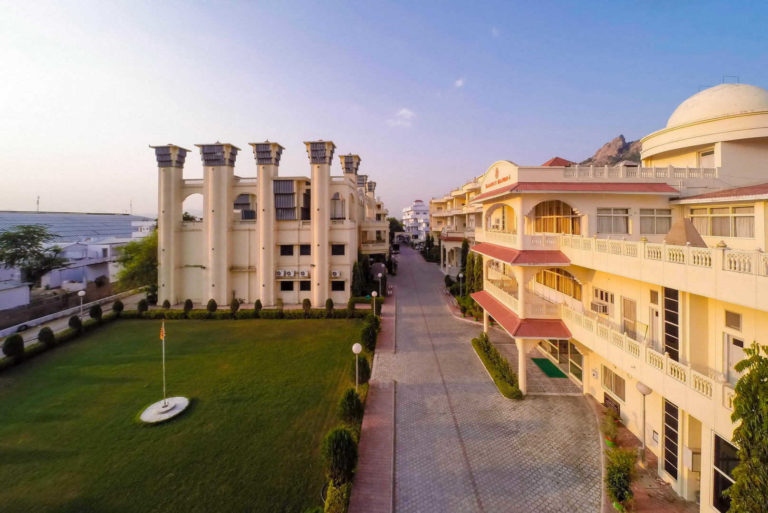 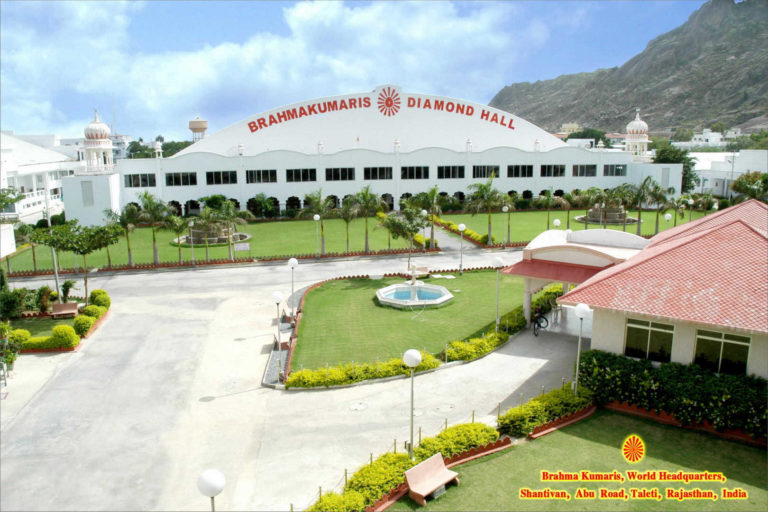 Brahma Kumaris have also initiated many projects and schemes which help to attain the real and significant object of Independence. It is the spirituality that gives a physical shape to ambition and thoughts and this brings the nation to a new and healthy position and takes the people in the new direction of the golden era.
Know More

Brahmakumaris have decided to observe the year 2022 as the “Year of Spiritual Empowerment for Kindness and Compassion”. In this initiative, we are introducing 6 powerful pledges chosen by our senior Rajyoga experts.
Pledge

It's time to repay Mother Nature for all that she has done for us. To restore land degradation join Kalp Taruh, a unique plantation initiative of the Brahma Kumaris, that combines the sacred process to nurture a tree as well as the individual through values. Let's make this a People's Project.
Join Us